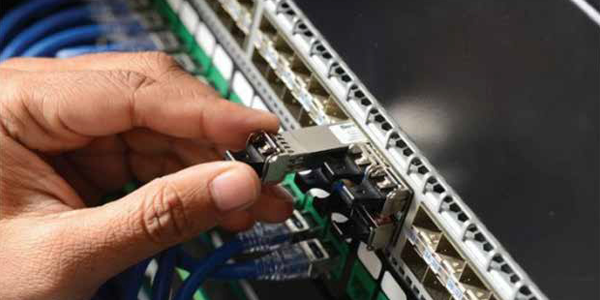 Discuss the vertical cavity surface emitting laser VCSEL (Vertical Cavity Surface Emitting Laser) based on gallium arsenide semiconductor material, and its optical power shows the trend in the figure below when driven by current. The blue and yellow curves come from two adjacent VCSEL chips on the same wafer, and there are significant differences between them, as shown in Figure 1. The difference between lasers in the same batch is its inherent characteristic, which is the reason why each laser of the QSFP+ module needs to be individually modulated for optical power and extinction ratio.

When driving the laser with an alternating current of NRZ binary code, it can be expressed as Figure 2.

At the same time, in order to ensure the performance of the relevant parameters of the eye diagram of the optical transmitter, the jitter and the eye diagram mask. The input current working range of the laser should be far away from the laser threshold current, that is, gradually increase the input laser current, and the laser will start to emit light when the current is greater than the threshold (at this time, the optical gain in the laser resonator is greater than the loss). Coupled with the oversaturation of VCSEL-type lasers when the current is too large, the optical power drops.

In the actual production of a large number of products, because the driving current-optical power characteristic curve of the VCSEL cannot be measured in advance, and this curve is usually not a straight line, the method used is to adjust the direct current component (DC) and alternating current component (AC) of the driving current in turn. method to approach the target value, as shown in Figure 3. The DC defined by this driver chip determines the part that expresses the “1” level for the laser output drive current, and the AC determines the difference between the pull-down and the “0” level based on the height of the “1” level. For example, when DC=12mA, AC=9mA, the output current oscillates from 3mA to 12mA. In fact, the maximum DC of this driver chip is limited to 12.7mA.

Set AC=0, start the binary search from DC=7mA, the goal is to make the optical power reach 4mW, the initial step size of +/-0.04mW is set to 2mA, and each measurement takes 3 seconds. After 6 times of measurement, the predetermined value range is finally reached, and the corresponding DC is 9.75mA. As shown in Figure 3.

The modulation process took a total of 36 seconds. As shown in Figure 4.

The main parameters considered for the eye diagram (as shown in Figure 5) can be divided into two categories: amplitude and time. The amplitude category includes light intensity and extinction ratio; the time category focuses on jitter, rise and fall times.

The test of the optical signal eye diagram mainly uses the time-sharing oscilloscope DCA86100 series produced by Agilent, especially for the QSFP+ module with 4 optical channels. The traditional test method is to measure the eye diagram of the 4 channels in turn. A common eye diagram test time is 10 seconds, and it takes a total of 80 seconds to test the optical and electrical eye diagrams of the entire QSFP+ module.

The typical bit error rate requirement for the physical layer is lower than 1E-12. For a 10Gbps optical module, it means that the number of bit errors within 100 seconds should not exceed one. The measurement method is generally as shown in the figure below. Pseudo random binary sequence coding (PRBS, Pseudo Random Binary Sequences) is used to simulate random data with a known code pattern. After passing through the object to be tested, it returns to the error detector. 0 or 1) to do the detection. 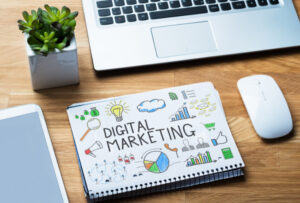 Previous post 5 Important Tips to Do Marketing an IT Company 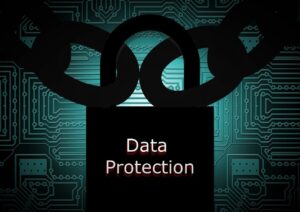 A high level of stress will pose a risk to our health, but sadly the effects of burnout on organizational...

If you're in the market for a new garage door, there are a few things you should know. Garage doors...

If you are planning to establish your own business but have limited resources, you don't have to be discouraged. There...

With the advent of modern technological advancement, the website development and design landscape are changing more rapidly. Therefore, if you...

The food industry is absolutely huge and whether you’re in management, sales, or production, understanding what trends are currently popular...

When reimagining a popular movie or TV show, most people are left feeling underwhelmed. While some remakes improve on the...