Roku’s most recent version is now available for download. Here are a few new features and instructions on how to use them. Read this article and know about Roku OS 10 with many more information.

Roku announced the release of its new OS, the Roku OS 10, on April 13, 2021. This started the process of the new software being rolled out to the majority of Roku’s stream players, Roku TVs, and audio equipment.
Whenever the rollout is completed, the most recent operating service will be implemented on all Roku TVs as well as Roku streaming devices ranging from the 2700X to the 9102X. The new firmware comes after Roku OS 9.4, that released on September 2020.
Here’s what’s fresh with Roku 10, as well as how to use all of the new features.

Roku devices search for and download updates on their own most of the time, so users won’t need to do anything strategically to get the latest software update. According to Roku, the release will be available to all eligible devices by beginning of May 2021.
To see if you’ve received the update, just go to the Roku menu & scroll down towards Settings, then System. Then, go to System Update, and will show the date and time it last checked for a new update, as well as when it was last updated.

For a long time, AirPlay was only available on Apple devices. This started to change around 2020, whenever some new Roku devices gained AirPlay 2 support.

This means you could quickly stream photographs and movies to a Roku device via your iPhone, iPad, or Mac. With the release of Roku OS 10, that feature has been extended to more devices. Simply hit the AirPlay symbol on your iOS device & select your desired Roku device to use AirPlay 2.

Furthermore, Apple customers can now share music & podcasts to devices that support them.
If you have many Roku players in your home, it’s likely that AirPlay 2 was exclusively available on a few of them, but it’s now available on all of them.

HomeKit support is also included in Roku OS 10, user can control the Roku devices through the Home app / Siri. Apple’s software architecture for integrating and customizing smart home gadgets is called HomeKit.
The device compatibility of HomeKit and AirPlay is identical. You should first activate the Fast TV start function before you can set up HomeKit. To do so, hit the Roku remote’s Home button, then keep scrolling to Settings, then System > Power. Then check the option next to Activate Fast TV Start if you’re using Roku TV. You’ll be taken to Apple AirPlay & HomeKit settings after that.

The firm claims that Roku OS 10 would enhance overall performance, including quicker channel searches & video start times.
Roku looks to have delivered on this claim based on the early usage following the upgrade, as navigating appears to be significantly quicker.

Automatic Wi-Fi network recognition is a new function that tells you which wireless network is best for you to connect to. You’ll be notified if an alternative connection is discovered to become the best one.
Roku devices will suggest the best available wifi network during initial setup, as well as a suggestion to join to better connections after they become available.
This function was included since many households already have wireless networks with several bands, and this will assist them in determining which is the best.

Roku has previously refused to let you resume viewing whatever you were watching the last moment you were on. It now works with Instant Resume, and you’ll be able to resume where you left off simply tapping the Resume button when you open Roku.

To begin with, Instant Resume is only accessible on a few channels, including Roku,  Starz, Plex, AT&T TV, FilmRise,FOX News, FOX Business Network and Fubo Sports Network. However, it is believed that the capability will be introduced to additional channels in the future.  There’s no indication on when Hulu, Netflix,  and Disney+ are scheduled to implement the feature.

As part of a Roku Channel, Roku provides a live TV channel directory with over 160 free TV stations including news, entertainment programs, baseball, and more.
The new os allows you to further tailor your live TV channel guide experience. You may conceal channels, add channels to a list of favorites, and include stations that you get using an over-the-air antenna.
Roku OS 10 also allows you to use voice commands to access the channel guide & individual channels within it. This is currently a beta feature, but more functionality is expected in the future.

If you have a participating console hooked in through HDMI and use your Roku TV for gaming, Roku will now automatically identify it and alter the input icon on the home screen to that logo of console . This, like the Wi-Fi, will start up immediately during setup.
Not only that, but according to the release notes, Roku TV will identify the console’s specs and instantly enable game mode, as well as many other features like auto low-latency mode, HDR gaming, high frame rate, variable refresh rate,  and THX-certified game mode.

In Every Way, Roku OS 10 Is Indeed a Step Forward..

Most Roku users will benefit from the Roku OS 10 upgrade. If you’re a gamer, use most major Roku applications, or spend much time viewing the Roku Channel, you’re affected.
Whether you use a Roku box or perhaps a Roku TV, the latest Roku update is sure to improve the functionality of your device like never before. 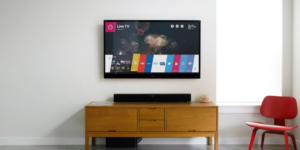 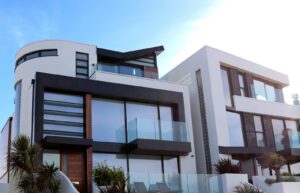