Automated vehicle safety technology can reduce injuries, and save lives. and eliminate human error as the cause of crashes.

Since the late 1980s, vehicle safety technology has advanced significantly. Seatbelts and airbags, two safety elements that we now take for granted, were originally technological marvels that took years to become required for all automobiles.

The development of autonomous safety vehicles is currently the next major thing in automotive safety. Although there is no rule that requires all vehicles to have this technology, the majority of new models do so in an effort to save lives and avert countless injuries. and reduce the frequency of crashes. What are their fundamental characteristics, how do they function, and how do they save lives?

According to data from the National Highway Traffic Safety Administration, 42,915 individuals died in motor vehicle traffic accidents in 2021. The NHTSA claims that the crisis in road safety is brought on by crash rates that have risen to levels last seen in 2005.

94% of serious collisions, according to NHTSA, are caused by human error. New technology might be able to lower those figures.

Although Tesla is regarded as the industry leader in autonomous vehicles, many other vehicles have self-driving capabilities, and practically all new models come standard with basic autonomous safety features.

All of these capabilities are based on technology that uses sensors or cameras to provide input data to a sophisticated computer system mounted inside the car. In a sense, autonomous vehicle safety technology makes a car “aware” of its surroundings in an effort to lower risks and hazards for drivers.

Vehicle Safety Technologies: The most widely used safety features for driverless vehicles are:

We’ll examine each of these in turn below.

According to American consumer research, data, and analytics company J.D. Power, AEB systems started to become a high-end feature of luxury cars around the middle of the 2000s. AEB technology will be standard on practically all new vehicles sold in the United States by 2023 as a result of an agreement between automakers and the NHTSA.
A safety technology system known as automatic emergency braking (AEB) can anticipate a potential collision and act automatically. To avoid a collision, the system will cause a vehicle’s brakes to engage. Either the entire vehicle will stop, or it will slow down. For AEB systems to analyze hazards and potentially life-threatening circumstances, visual information from radar-alternative technologies like LiDAR, cameras, or radars is necessary.

AEB has a few drawbacks. It normally works better at low speeds and may not completely stop an automobile at high speeds, and it is less effective at night than it is during the day. Different things, such as shadows on the road, can cause an AEB to falsely notify and perform automatic braking.

AEB operates in both heavy and light traffic, in parking lots, and in urban, rural, and highway settings. Pedestrian, cyclist, and reverse automatic braking detection are crucial components of AEB systems.

According to the Insurance Institute for Highway Safety (IIHS), AEB systems cut the number of front-to-rear collisions and injuries by 50% and 56%, respectively. The IIHS also discovered that AEB systems in good lighting conditions decreased crash rates for injuries by 30% and pedestrian crashes by 27%.

Vehicle Safety Technologies: Warning for Imminent Collision Another technology that is dependent on radar, LiDAR, or cameras is FCW. Contrary to AEB systems, FCW technology alerts drivers rather than takes control of the vehicle. FCW systems provide visual and vibratory. or audible warnings to help drivers react in the event of an impending collision. Car manufacturers connect FCW systems with AEB systems to create more integrated and mixed systems, even though they cannot brake a car on their own.

Vehicle Safety Technologies: The alerts and FCW tech issues are intended to give motorists ample time to reduce their speed, use the brakes, alter their route, or steer. FCW technology has also advanced. Most systems will be able to provide early, moderate, or late alerts by 2022. The FCW technology has several drawbacks as well. Because they use sensors or cameras to operate, inclement weather such as ice, snow, or fog might prohibit the system from functioning as intended.

Consumer Reports conducted a survey of 47,000 automobile models from 2017 to 2022 in 2022 of drivers who used FCW systems. The findings indicated that 56% of the drivers polled were happy with the FCW technology. To emphasize their safety features, automakers frequently modify the nomenclature of FCW technology, which might occasionally confuse pot.

For instance, BMW offers frontal collision warning with city collision mitigation and city braking functionality, whereas Acura refers to its FCW as AcuraWatch, Audi calls it Pre Sense front, and Audi refers to it as Pre Sense city. The IIHS asserts that FCW can decrease rear-end crashes, one of the most frequent types of collisions, by 27%.

According to IIHS research from 2022, SUVs and other large vehicles frequently strike pedestrians while turning. 6,500 people died in pedestrian crashes in 2020, a 59% increase from the previous year. 54,700 pedestrians were hurt in car accidents that same year. The IIHS blamed blind areas for the rise in occurrences.

An automobile has multiple blind spots, including those at the rear, the side-rear mirrors, and the A-pillar sections, which connect the roof to the body of the car. According to studies, a larger vehicle will have greater blind spots. Blind spot alert! Sensors are used by BSW systems to detect the driver’s blind spots and alert them.

When a vehicle, pedestrian, or other object is in the blind spot, BSW warnings are activated during steering, braking, or lane change operations. A Consumer Reports survey reveals that drivers are finding this technology helpful. 64% of drivers of the 47,000 vehicles surveyed stated that they were satisfied with the blind spot warning system.

According to a CBS investigation from 2016, parking lots and garages are the scenes of 20% of all incidents. The National Safety Council estimates that these accidents result in about 50,000 crashes and over 60,000 injuries each year. When moving in reverse, it is typical for parked drivers to get preoccupied or startled by unexpected events. When a car reverses, a rear cross-traffic alert (RCTA) employs sensors or cameras to monitor the vehicle’s back and sides.

However, lane departure warning (LDW) systems are essential for preventing fatalities when automobiles are moving. They are made to warn motorists when they veer off their lane without using their turn signal. Although an LDW won’t take over driving, it can be used in conjunction with other safety features to brake or steer the car in the right direction.

Vehicle Safety Technologies: According to studies, LDW systems can reduce crashes by 11% overall and injuries by 21%. LDW cameras are typically installed on the windshield near the rearview mirror. The camera will keep an eye on any highway or road lane markers. Different LDW system versions are available across car brands. For instance, LKA, which stands for lane-keeping assist (LKA) and lane centering assist (LCA), for instance, can take over.

Additionally, ACC makes use of sensory data gathered by onboard gear such as cameras, lasers, radar, and LiDAR. Due to its more sophisticated features, ACC has been referred to as “the future of automotive intelligence.”

The advantages that automobile vehicle safety technology offers are obvious. a marked decrease in mishaps, incidents, fatalities, and injuries. The possibility of increasing traffic flows and clearing congestion from roads. And highways are another advantage of autonomous vehicle safety.

Despite all the advantages, autonomous car safety technology is still in its infancy. The devices may malfunction because of weather conditions and other causes, given how heavily they rely on sensors. On the other side, software bug-related recalls are also occurring more frequently. Finally, some experts contend that motorists are becoming overconfident in their vehicle’s capacity to prevent accidents on its own.

7 Crucial Android Auto Settings You Need to Change Right Away 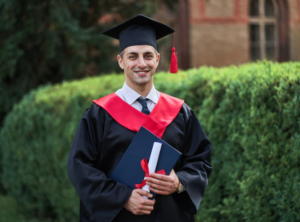 Mobile Apps: Do you want to identify the issue with your car without paying a mechanic? These apps are useful....

Crucial Android Auto Settings: The following are the most important settings for Android Auto. that you should modify on both...

Apple CarPlay: The top Apple CarePlay apps are listed below, and they include options for chatting, navigation, and streaming audio....

If you are looking for durable and reliable caster wheels for your AGV, you have come to the right place....

AGV systems are the most widely used and are known for their durability and efficiency. They are generally used for...