Are you interested in brokers? It is desirable to read about the Stocklinity Review.

It is the central bank of the United Kingdom. The Bank of England oversees monetary policy and issues currency. The country’s central bank also regulates banks, financial firms, as well as payment systems. As in the case of other central banks, the BoE may act as a lender of last resort in a financial crisis.

The central bank’s history dates back to the 17th century. Interestingly, established in 1694 as a private bank to raise funds for the government, the Bank of England also functioned as a deposit-taking commercial bank. In 1844, the Bank Charter Act gave the BoE a monopoly on issuing banknotes in England and Wales.

What’s interesting, the U.K. government nationalized the BoE in 1946 following the conclusion of World War II. The central bank has been responsible for setting the U.K.’s benchmark interest rate since 1997, when the country’s government transferred its authority over U.K. monetary policy to the Bank of England. It is noteworthy that the change was formalized the next year by the Bank of England Act.

The central bank’s Monetary Policy Committee (MPC) pursues its primary mandate of price stability by targeting an annual inflation rate determined by the country’s government to be most consistent with that objective.

As a reminder, the government’s inflation target as of June 2022 was 2%. So, if the inflation rate deviates from the target by more than 1%, the Bank of England is required to provide a public explanation to the country’s government on a quarterly basis, including the actions the central bank is taking to return inflation to the targeted rate.

The Monetary Policy Committee consists of nine members. It is led by the governor of the Bank of England, equivalent to the Federal Reserve chair. Furthermore, the three deputy governors for monetary policy, financial stability, and markets and policy also serve on the committee alongside the central bank’s chief economist. What you need to know is that the other four members are appointed by the chancellor of the exchequer, equivalent to the Treasury secretary in the U.S.

Interestingly, the central bank’s primary monetary policy tool is the bank rate, the interest rate the Bank of England pays on reserve deposits to domestic banks.

It has also provided economic stimulus through asset purchases, a policy known as quantitative easing (Q.E.).

The Monetary Policy Committee sets monetary policy eight times a year by majority rule, with each member of the committee casting one vote. The committee holds four meetings before each policy announcement.

Have you heard about the Financial Services Act of 2012?

After the global financial crisis of 2008, the government of the United Kingdom reformed financial regulation in the Financial Services Act of 2012. The central bank was restored to its role of regulating banks, as it did before 1997.

Furthermore, the act created the Financial Policy Committee (an independent committee modeled after the MPC), as well as a new subsidiary of the bank called the Prudential Regulation Authority. The Bank of England also began supervising financial market infrastructure providers such as payment systems.

Brexit and the central bank

Following a 2016 referendum narrowly favoring the U.K.’s withdrawal from the European Union (E.U.), the Bank of England was charged with assessing the economic fallout. Ahead of the U.K.’s formal departure from the European Union at the end of 2020, the central bank warned the withdrawal process had increased uncertainty and discouraged investment. 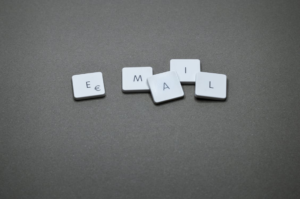 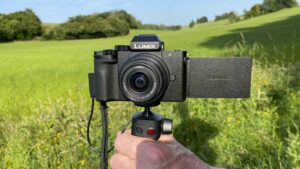