It was supposed to be the leader of streaming, unfortunately, it only lasted six months. Here’s Quibi’s story. Actually, What Was Quibi?

Roku has a new product called Roku Originals, which consists of numerous series that first aired on Quibi a year ago. While just a small number of people watched such programs on Quibi, most of them have found some new life on the Roku platform.

We know that Roku has many more viewers than Quibi ever.
What was Quibi exactly, and where did it go? That really is a long read, one that will be told for decades when the most embarrassing blunders in Hollywood are addressed.

Quibi made its first appearance in 2018 as NewTV. The word Quibi was then adopted as a short form for “quick bites. The kink was that, in order to attract the attention of youngsters on the run, all episodes of programming on Quibi would be 10 minutes or less in length. Furthermore, at least initially, it’d only be available on mobile devices.

Prior to its launch, it raised $1.75 billion, as well as its creator, Jeffrey Katzenberg, had been a prominent Hollywood executive for decades, first with Disney and later as a co-founder of DreamWorks. Meg Whitman, a former Chief executive of eBay and Hewlett-Packard, was later hired as the company’s top executive. Later, the company revealed that it would be working with a slew of big-name producers for original series, like Kevin Hart, Chrissy Teigen, Sophie Turner, and the 60 Minutes team.

As Quibi prepared to open in the springtime of 2020, there have been numerous signs that things were not going as planned. First, the general public had no comprehension of what Quibi was and how it functioned, and it quickly became clear that the name was ridiculous.
Then, just before the scheduled April 6, 2020 launch, the coronavirus pandemic struck, also with stay-at-home orders in place, it was evident that the on-the-go mentality Quibi was planning on wasn’t going to happen for a long time. However, rather of postponing the launch, the corporation pushed forward with it.

While certain shows, such as Netflix’s Tiger King as Well as the Queen’s Gambit, were huge hits during a time when the majority of America remained stuck in a rut, none on Quibi had become a word-of-mouth hit. This was due in part to the fact that the Quibi software did not support screenshotting or screen recording, which would have been ideal for collecting memes.
Even the one iconic moment from Quibi’s early months, from a concert in which Rachel Brosnahan was infatuated with her golden arm, was instructive of Quibi’s shortcomings. It went viral because others were making a spectacle of it, and the video’s dissemination was only technically feasible because someone videotaped a phone with another phone.

Quibi was also hurt by the fact that it provided a 90-day free trial, which was far lengthier than most of its competitors, so the majority of its users weren’t even subscribing to utilize the service.

The Demise of Quibi

Throughout Quibi’s life, there were numerous warning flags. A software developer named Eko sued the company, claiming that Quibi’s Turnstile screen technology was stolen from them. There were also a couple of major magazine stories, as well as one in New York magazine, that were chock-full of damaging details.

Not only did it occur that Quibi’s audience was incredibly low, but the organization was dysfunctional. It was also alleged that Katzenberg, the creator of a technology company, didn’t actually know much about technology and requested that their emails be printed before he could view them.

Quibi announced its closure on October 21, 2020, barely 6 months after its start. The service was officially terminated in December.

Quibi may have died, however its programming has not. Roku announced in January 2021 that it has bought Quibi’s show library. The Quibi brand would be phased out in favour of Roku Originals.

In May 2021, around 30 of the programs will premiere on Quibi. The shows were seen more during their first 2 weeks on Roku than they’ve had Quibi’s whole life, according to Deadline the following month.

Die Hart, a series starring Kevin Hart, was the first ex-Quibi production to be extended by Roku.

The Quibi Experience Taught Me

What can be learned from what happened to Quibi? One of them is that when you’re going to start a tech firm, you should put people in power who know what they’re doing. Also, just because you’ve invested billions of dollars and now are working with major personalities doesn’t guarantee success if your business approach isn’t in sync with how people watch shows. Previous post Roku Originals: Everything You Need to Know 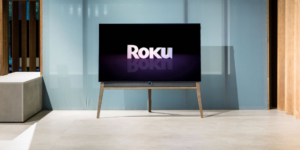 Next post How to Watch Local TV Channels on Roku for Free: 7 Methods