How is AWS insecure?

Since your data is hosted on AWS, you don’t have to worry about protecting the computing resources it is hosted on, however, you are responsible for the security of your data on your end. This means that you need to have a robust security strategy in place, and penetration testing is an important part of this. Penetration testing will help identify any vulnerabilities in your environment and allow you to fix them before they can be exploited.

Is penetration testing on AWS allowed?

Yes, penetration testing is allowed on AWS. However, there are some things that are not allowed while performing a test, such as attacking or damaging other people’s systems. It’s also vital to understand that all evaluations must be performed in accordance with your state/country’s law as well as terms and conditions put forward by all service providers involved.

What is not allowed while penetration testing AWS?

Penetration testing on AWS has its limits:

How is pentesting on AWS different?

What to test for on AWS:

When performing a penetration test on AWS, you should consider the following areas:

Governance: One important aspect of cloud computing is governance and compliance. When using AWS, you need to ensure that your organisation is compliant with the relevant regulations. You can use penetration testing to help identify any areas where governance could be improved. Which can include the way an organisation manages its resources in a given environment as well as policies on how your data will be stored, processed and accessed.

Network Management: Another area of concern is network management, which refers to the way in which a company controls access to its systems and data. AWS provides a number of services that allow you to manage your network and security settings. You should also test how easy it might be for someone with malicious intent to gain access to your systems by attacking them from outside the perimeter of your network.

Encryption Control: encryption control failures can leave an organisation’s data vulnerable to theft or unauthorised access. Mitigating this is possible in a variety of ways, one of which is through proper key management procedures. By testing your encryption controls, you can identify any vulnerabilities that may exist and take steps to correct them.

Logging and Monitoring: proper logging and monitoring practises are critical for ensuring that you are alerted on time when malicious activities take place so you can mitigate them immediately. This can also help you improve your overall security posture.

Insecure credentials: Another major security concern with AWS users are insecure credentials storage practises. This can include passwords, access keys and security tokens. You should test your systems to see if they are vulnerable to password cracking attacks.

How to perform Penetration Testing on AWS?

The following are some tips on how to perform penetration testing on AWS:

Identity and Access Management (IAM): One of the most important areas to test when using AWS is IAM. You should try to access resources that you are not authorised to access, and see if you can find any loopholes in the permissions system. You should also check for weak passwords and other vulnerabilities that could be exploited by attackers.

Logical Access Control: Another area that you should focus on is logical access control. This includes testing how easy it is to gain access to systems and data through compromised accounts or stolen credentials. You should also look for misconfigured security groups and rules that could allow unauthorised access to your data.

Sensitive Data: You should also test how well your systems protect sensitive data. This includes testing the strength of encryption algorithms used, as well as trying to access data that is not meant to be accessed by unauthorised users.

Database Service: the database service is another area that you should focus on while performing a penetration test on AWS. You should try to access data that is not meant to be accessed and see if there are any vulnerabilities in the security settings of the database service.

AWS provides a number of services that help you run your business smoothly. But as with any technology, there are risks to using these tools without proper security measures in place. It is important for businesses to be aware of the potential vulnerabilities associated with AWS and take steps to mitigate them before they become major issues. Penetration testing is one way to mitigate the security flaws in your system and it is done in a hacker-style approach.  By identifying and correcting vulnerabilities, you ensure the security of your AWS environment and protect it from malicious attacks. 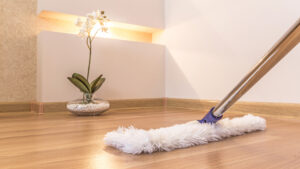 Previous post What do you need to know about the floor cleaner?

Next post What subjects are there in UGC NET and CSIR NET?

Vlogging, or video blogging, has carved itself a very special niche in the arena of videography. Not just has it...

Razer is a common name when checking the best gaming laptops. They have the best laptops with sophisticated features, slimline...

Mobile app development has, over the years, become a basic necessity in our everyday lives. From completing day-o-day tasks to...

Do you own a manufacturing or distribution company? Are you in the market for a new conveyor? If so, you...

A hydraulic jack is an essential piece of equipment for any homeowner. It is a handy tool that can be...