Students today have grown up with technology. As our technological skills develop, so will the future of technology in education. Virtual reality and augmented reality may open up a world of education.

Technology That is Already in Classrooms

A look at current educational technologies is in order before exploring the possibilities ahead. These technologies are expected to become more prevalent in your schools in the near future.

Classrooms throughout the globe are increasingly using smart boards, or interactive whiteboards, as a teaching tool. A computer screen may be connected to these boards and used to show pictures and videos. Educators and students may also use a finger or a pen tool to edit the graphics on the board.

Educators confront a big challenge when it comes to providing kids with impairments with the same educational opportunities as their classmates. The use of assistive technology in the classroom benefits both teachers and students with impairments.

Learning materials may be accessible from any device with an inter-connection, thanks to the cloud’s accessibility. A dog ate your homework excuse may no longer be an option. Further, students will no longer have to tote bulky textbooks and other instructional materials.

The capacity of students to swiftly and easily access all learning resources via a mobile device, tablet, or computer is beneficial to their performance in class. Students are no longer constrained by the physical constraints they used to encounter. You no longer need to go to the library. If you forget to bring your computer home, you can access your assignments and textbooks in the cloud from any device with an Internet connection.

Education is now more accessible than it has ever been because of cloud computing.

The education sector has yet to realize the whole potential of augmented reality technology. This is so despite the existence of early instances. In augmented reality, data is superimposed on top of what we can already perceive in the actual world.

Astronomy applications that enable users to stare at the night sky. Students can see the planets, stars, and constellations. This is an example of a popular application of augmented reality technology in education.

When it comes to teaching, augmented reality technology has practically endless potential. It is possible, for example, to take self-guided tours of museums and historical places. Teachers may send augmented reality streams to their pupils. Hence, allowing them to experience distant and hazardous locations without ever having to leave the classroom.

The current state of AR technology does not allow for seamless integration of reality and information for its users. However, it is not long until instructors and students have access to seamless AR technology. Google has been working on wearable augmented reality devices like Google Glass. The future of education will be altered irrevocably if augmented reality technology becomes widely accessible.

In comparison to augmented reality, virtual reality is much more advanced. For the first time ever, users may engage with their virtual world in the same way as if they were truly there. Many VR technologies are currently available, yet many classes are still missing out on the benefits of using them.

Virtual reality will spark students’ imaginations and creativity. Students may already see the Louvre in Paris. Even traverse ancient Rome’s streets because of this technology. Same with the language classes. You can move around the world and see different cultures and different languages.

Nearpod and Immersive VR Education are examples of available platforms. They enable teachers to construct virtual reality lesson plans for students. However, virtual reality is still in its infancy. But there are methods to get your hands on it today if you’re intrigued. Currently, virtual reality headsets may be pricey. However, educators may be able to incorporate the technology into their classrooms. For instance, using Google Cardboard is a low-cost alternative to traditional headgear.

The move from pen and paper to keyboard and screen has already occurred over the last 10 years. But further advances are not far away. OLED screens are an intriguing new technology to consider.

Paper-thin, OLED-based panels might be the next big thing in display technology. Flexible and thin, they would be ideal. Consider folding or rolling a screen into a tube as you would a sheet of paper. Users will be able to engage with these smart sheets at a level that ordinary paper could never hope to achieve.

This may seem like something out of a sci-fi novel? Be assured that Sony is already working on such technologies. The company has a prototype of this concept that they are evaluating right now.

This technology has a wide range of applications that go well beyond the classroom. This technique might render conventional paper products obsolete. It might have a significant influence in terms of both production and environmental integrity.

Many schools have replaced the classic whiteboard with interactive smartboards. What about “smart” desks?” This device would be more or less like a surface tablet. It will enable pupils to operate the screen much like a tablet. Samsung and Microsoft had previously created this technology. However, future smart surface developments seem to have been concentrated on smaller devices rather than larger ones.

When students have access to smart desk technology, they are able to work on projects together. It is possible that this new educational technology, like interactive whiteboards in the past, will significantly influence pupils.

Although this is possible, there are presently no smart desks specifically developed for education on the market.

Indeed, this isn’t a new notion or a new technology in the area of education. However, the notion of leveraging current computer games to engage kids is popular. They can create an engaging educational experience. Eventually, impart ideas and facts.

One of the ways education will have to alter in the future is to discover more engaging ways of teaching. Yes, there have been instructional video games for a long time. But new technologies may change the education industry. Future games are expected to create more immersive and engaging educational gaming experiences.

When it comes to adopting new technology, the education sector is often behind the rest of the economy. Virtual and augmented reality lesson plans have great promise for the future of education.

When paired with the newest AR and VR technology, students in the future will be able to learn more interactively and immersively. Moreover, education will have no boundaries as before. 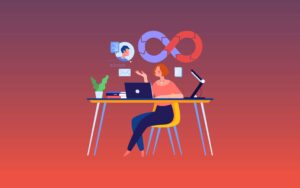 Next post Why Incorporate CI/CD Pipeline in Your SDLC?

You might have heard about certification. Certifications help people get the required education to get respectable jobs. A lot of...

There are many reasons why you might need some extra cash. You might have a bill you didn't expect, or...

There's a significant possibility you'll want funds right away to handle an unforeseen bill. Perhaps you need to repair your...

High school and college students are often given reflective essays. These essays are a chance for the writer to step...

When visiting Singapore, you can easily spot a Glenfiddich whiskey drinker, thanks to the high number of the whisky-focused bars....

Programmatic advertising first appeared way back in 1994, essentially marking the start of what would eventually become the vast and...