If the phrase “motorbike” conjures up images of a Harley Davidson with its booming gasoline engine, you need to brush up. Here are the top motorcycle gear and motorcycle gadget advancements.

Manufacturers of motorcycle gadgets and gear like Chromeburner.com, like any other business, are continuously attempting to improve their goods. These alterations aren’t always noticeable and can go unrecognized. A decent pair of motorcycle boots, for example, is constantly updated in terms of material quality, comfort, and fit. To be thrilled about advancements like the creation of a new breathable yet durable fabric hybrid, you’d definitely need to have a specific interest in the subject.

If you want something more overtly high-tech to be enthusiastic about, consider the following inventions:

A motorbike is less secure than a vehicle. There is no carriage surrounding the rider, only a few inches between the rider and the impact site, no seat belt to secure the rider in position, and no airbags. As a result, motorcycle riders must wear protective motorcycle equipment such as a helmet and armored clothes. The hard materials, cushioned parts, and protective plates limit the possibility of injury.

Airbag clothing is a very new item. It began on racetracks, like many other motorcycle gear improvements, and is now widely accessible. Airbag vests, jackets, jumpsuits, and pants may not appear to be extremely high-tech until you consider how they know when to inflate. In the event of a collision, they must recognize what is going on and release the protective airbag in a fraction of a second. This mechanism generally operates in two ways:

Several firms are creating a smart helmet with sensors, cameras, and technology that allows a HUD to show crucial information on the motorbike helmet’s visor. However, due to safety concerns during quality testing, several of these prototypes have been discontinued.

Nonetheless, their elder brothers, the simpler smart helmets, aren’t to be overlooked. These helmets contain a variety of fantastic features, such as an integrated communication system, Bluetooth connectivity, and taillights. Some of these helmets contain controls on the outside shell that you may use to control your headphones, answer phone calls, or play music. If you’ve ever had to deal with managing a headset while wearing a helmet, you’ll love this feature.

When it comes to networking and engaging with one another, smart helmets and the bike’s user interface shine. Many applications are ideal for use on the bike and may be accessed via these connections.

We’re not simply talking about enjoyable bike games or maps. Manufacturers like Yamaha and Zero Motorcycles have created applications that can be used to collect data and even change power output, among other things. Naturally, these applications are ideal for racers who wish to assess and improve their technique.

Electric bikes are without a doubt the most significant breakthrough in recent years. However, numerous smaller devices and pieces of equipment have been improved or produced. These high-tech devices use sensors and sophisticated technologies to give the motorbike rider more comfort and safety. They are focused on connection and automation, as are many technology developments in our lives in general.

Real-time detection of an accident is possible with airbag garments. A smart helmet can make it easier to use several aids, such as Bluetooth headsets. Smartphone applications that link to your bike can collect data and allow you to adapt your riding style based on the scenario. 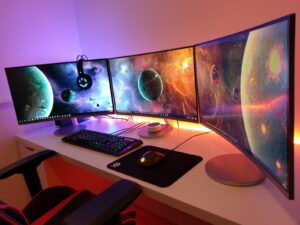 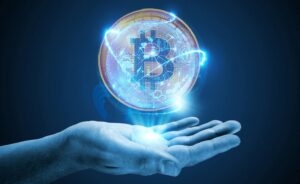 Next post Digital Currency: The Exchange System of the Future

Mobile Apps: Do you want to identify the issue with your car without paying a mechanic? These apps are useful....

Automated vehicle safety technology can reduce injuries, and save lives. and eliminate human error as the cause of crashes. Since...

Crucial Android Auto Settings: The following are the most important settings for Android Auto. that you should modify on both...

Apple CarPlay: The top Apple CarePlay apps are listed below, and they include options for chatting, navigation, and streaming audio....

If you are looking for durable and reliable caster wheels for your AGV, you have come to the right place....